Starn on the Roof: Big Bambú

Posted by The Antagonist Movement at 7:00 PM No comments:

The Secret Art of Yoshitomo Nara

The secret art of Yoshitomo Nara from Ethan H. Minsker on Vimeo.

Posted by The Antagonist Movement at 6:58 PM No comments:

Posted by The Antagonist Movement at 7:11 PM No comments:

Studio visit with Berto Ray Barreto in the Bronx 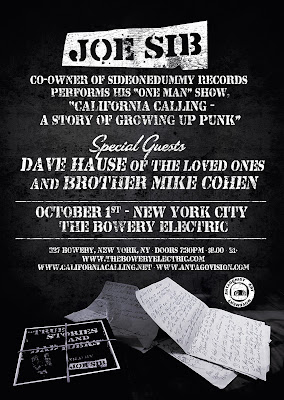 After years of writing and editing and re-writing and more editing, here are some final pieces that have been cut from Ethan H. Minsker's upcoming book, Rich Boy Cries for Mama. These weren't cut because they're crap, they were cut because an overload of interesting stuff might hurt the reader's mind. And it makes the book flow better. Enjoy!

It was September and we were back at school. I was fifteen now and a bit taller. I had bought a pair of army boots and wore them all the time. I wanted a leather jacket but my parents wouldn’t buy it for me, and I didn’t have enough money. They didn’t like the idea of their son in a biker jacket. If I had asked for a blazer and tie, I’m sure they would have gotten it for me. I had everything I needed, except a leather jacket. The other kids whose parents had money treated me like shit, so I didn’t want anything to do with them. I wanted to dress down, like a poor rebel. Sometimes I was ashamed of all the things we had, especially if I was at Pierre’s house. He didn’t even have his own room. He slept on a pull out sofa.

I had on a new Clash shirt. The image was of the band standing in an alley. I rolled up the sleeves. My hair was spiked to complete the look. Charlie’s fat head came bobbing around the corner and then stopped in front of me.

“What are you doing after school?” His bad breath came wafting up at me.

Charlie went down the hall. Pierre stood in the doorway of his next class talking with an ugly girl. There weren’t many black kids in the Lab School. I wondered if there were just less black kids who were dyslexic. It was more likely that they just didn’t know about it and were doing badly in the public school. Pierre was lucky in a way; at least his adopted white liberal mother figured out that the city would pay for him to be at the Lab School.

Later that night, Ted knocked at my door, his raggedy mutt sitting at his side. I followed behind, not speaking, when we passed the back of Nazi Shawn’s garage. Nazi Shawn’s mother was yelling at him.

“I don’t understand. Every day I wash the car and it still smells of piss. Are you pissing in the car?” I wondered where Sermon’s car was; maybe I could piss in that too. 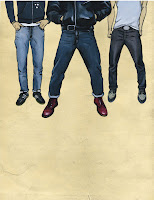 Posted by The Antagonist Movement at 12:03 AM No comments: