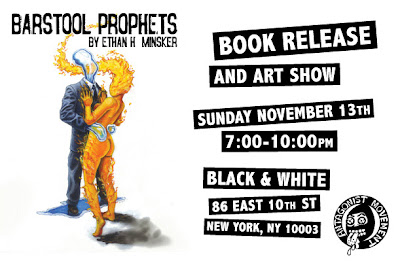 Book available for pre-sale orders on Amazon.com.
Posted by The Antagonist Movement at 6:23 PM No comments:

WORLD PREMIER - THE DOLLS OF LISBON 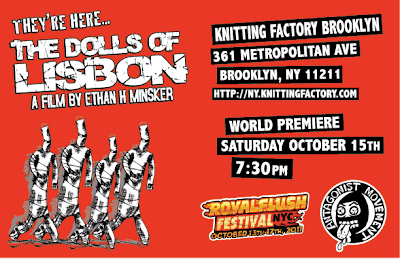 
Check out the Film Trailer

The Dolls Of Lisbon : movie trailer 1 from Ethan H. Minsker on Vimeo.

“The Dolls of Lisbon” is New York City’s Antagonist Art Movement’s
latest exploit inspired by the Zapatista Dolls of Mexico, a souvenir
that travelled the world symbolizing a little known rebellion. The
Antagonists take aim at the legacy of Andy Warhol’s over
commercialization and commodification of art. Like the Zapatista
Movement our Dolls are a symbol of resistance, here to wage war
against mass production and to give a voice to those who walk a unique
and sometimes arduous path.

This film re-examines the notion of the struggling artist, and
initiates a cultural exchange among artists from The United States,
Ecuador, Portugal, and fellow Antagonist Artists across Europe.

Driven by a vital underground soundtrack, Super 8mm film and stop
motion animation, “The Dolls of Lisbon” explores art and all its
existential struggles on and off the canvas.
Posted by The Antagonist Movement at 4:32 PM No comments: