On the Cutting Room Floor

Saturday, I was out walking Darby along Fifth Street between A and B when three little dogs spilled out of a Cadillac and darted straight for her. The owner was in the car, and he didn’t react at all. They were barking, but not in a friendly way. They wanted blood. Circling around us, a white dog bit Darby on the paw. Darby howled. I stumbled forward and swiftly kicked the white dog back into the open door. The other two dogs scampered out of my kicking range.

“What the fuck man?” the owner said in broken English. His hair was in a pompadour. “Why you be kicking me fucking dog?”

Puerto Rican. Maybe Dominican. The music coming from his car was the same I heard in the bodega on the corner.

Darby bared her teeth at the man. I held her leash tight. I had protected her from the dogs, and now it was her turn to return the favor.

“Back the fuck up!” I shouted at the guy. He looked at Darby, then at me. We were on the brink of violence. He didn’t say anything. I knew he didn’t want to fight. Now it was my choice. I could have pressed it, but I walked on down the street pulling Darby. The threat to Darby was gone. Fuck it. He was only trying to protect his dogs. I thought of his hair. It was characteristic of the young rocker crowd that used to hang out in the bars. We would probably have been friends if we had met at the bar. There was no need to fight. At the corner we stopped, and I checked her paw. I didn’t find anything. She always cried more than she was hurt. It was typical of her.

Finally, I dropped Darby off at home and went to work. I was late.

Posted by The Antagonist Movement at 11:06 AM No comments:

As part of Pop Up Lisboa 2010, the Antagonist Movement has a current exhibit of art dolls by over 60 artists. The show, which runs until mid-December, is being held in the Miradouro de Santa Catarina, an old palace which overlooks the city of Lisbon.

Eleven Antagonist Artists visited Lisbon for two weeks, from October 31st to November 13th. While in Lisbon, we did art on the street and in a gallery, showed films and worked with a youth center.

Check out our pictures below.

Posted by The Antagonist Movement at 12:57 PM No comments: 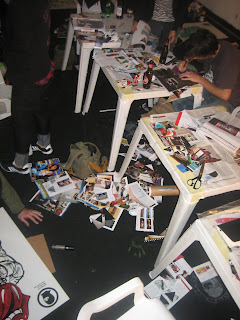 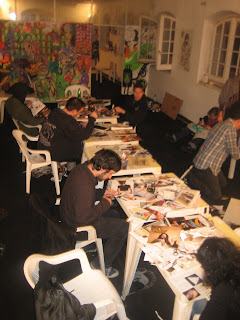 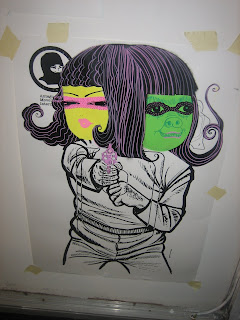 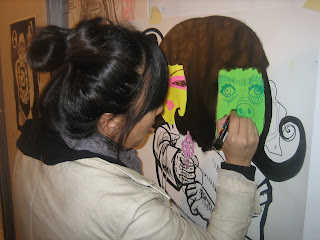 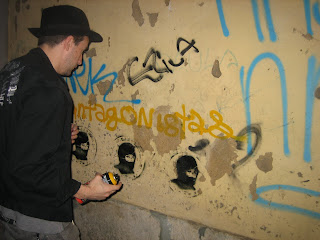 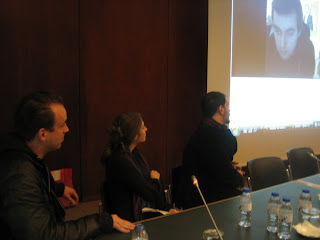 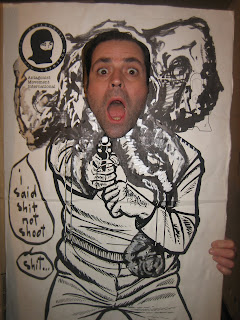 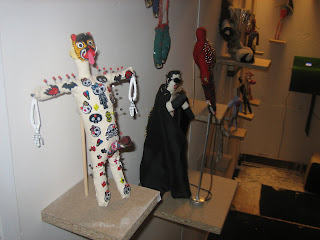 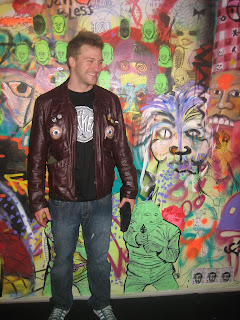 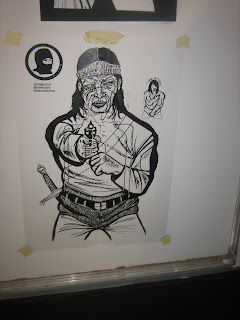 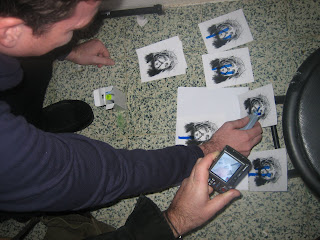 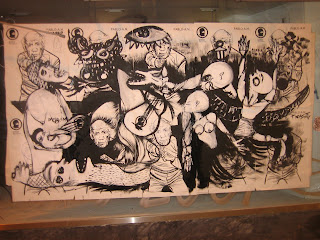 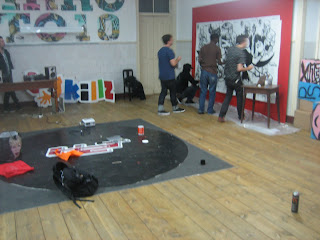 Posted by The Antagonist Movement at 12:31 PM No comments:

Posted by The Antagonist Movement at 10:13 AM No comments: