Did you miss us at the Brooklyn Zine Fest? Ethan gives you an inside look, but make sure to find us next time!
Posted by The Antagonist Movement at 3:00 PM No comments:


ART TALK: Exhibitions: Kehinde Wiley: A New Republic from Ethan H. Minsker on Vimeo.
Posted by The Antagonist Movement at 12:19 PM No comments: 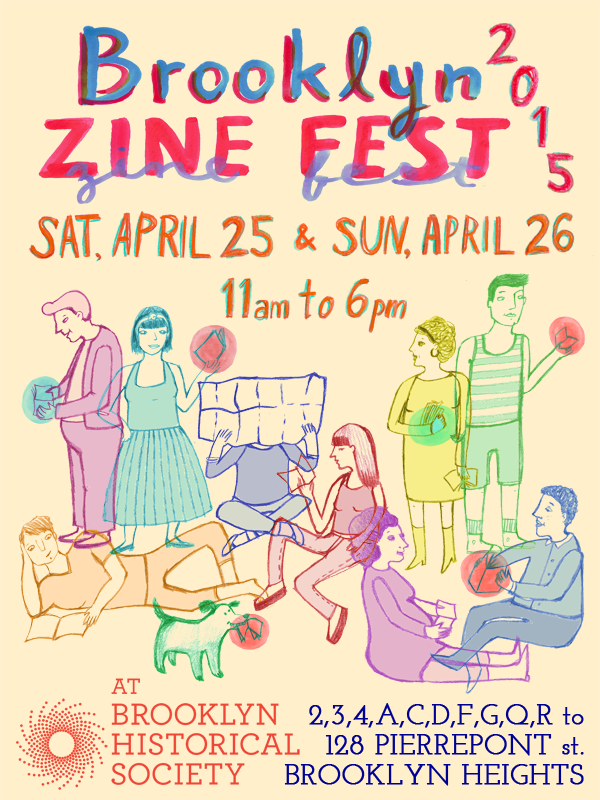 Hey! The Antagonists will be at the Brooklyn Zine Fest on April 25th! We'll have our usual lineup of Psycho Moto, rock 'n' roll novels, and middle fingers. Come and buy our fucking stuff!
Posted by The Antagonist Movement at 11:27 AM No comments:

Back in October, I (Marissa) and my husband (Matt) moved from NYC to Seattle. So, of course, Ethan immediately sends us off to sell ourselves (Psycho Moto) at zine shows. Just kidding Ethan, we enjoy it!

So far we have shown at the Bellingham Comics Arts Festival (BellCAF) and the APRIL Book Expo. These were vastly different and it was a great opportunity for us to get our feet wet in the zine show culture. While we didn’t sell very much merchandise at either show, people showed great interest in all of it (the zines, kid’s zines, novels, DVDs, etc) and were very welcoming when they found out we were new to the area.

BellCAF, as its name states, was very much aimed at the comic aspect of zines, and I think because of that, we were standing a bit on the outside. There were some folks who appreciated the literature in Psycho Moto, but in the end, I think many people were looking for a cohesive comic story line. The APRIL Book Expo was almost the opposite experience. This was made up of small presses from around the area, and it was predominantly literature-based. We thought we might have a better time selling Rich Boy Cries for Momma and Barstool Prophets here, but while these are novels, we might have been just too new to the scene for anyone to put much stock in our ability to tell a good story. We did get a good trio of what I believe to be creative writing majors who took a good long look at Barstool Prophets. I’m fairly certain they were all laughing at the bartender Dos and Don’ts. I forgot how funny that was.

However, my conclusion is not that we should never attend these shows again—far from it actually. Zine culture appears to be pretty huge out here, and many of the presses, individuals, and collectives have been around the area for years; readers recognize the regulars. We cannot expect to sell out the first show, and I think once we have shown our faces at all of these regional events, people will begin to remember us. I know that I personally was so used to having the Antagonist name recognized in NYC, I’ve forgotten that, in Seattle, no one knows what the hell I’m talking about.

Our next show is the Portland Zine Symposium, which is supposed to be huge and it lasts two days. Onwards to the Rose City!

Posted by The Antagonist Movement at 1:21 PM No comments: