A filmmaker's guide to film festivals

Are you a filmmaker? Attending festivals? Great! See below.


A filmmaker's guide to film festivals from Ethan H. Minsker on Vimeo.
Posted by The Antagonist Movement at 10:00 AM No comments:

Ethan was a weird kid.
This was filmed on a Betamovie Sony BMC-100, in Gloverpark, Washington DC in 1985. He was 15 years old.
There was no one else in the house. There was no one else helping him film.
Think about that next time you are bored looking at your phone, assholes.

Also, note for the FBI: this was a film made by a nerdy kid, 30 years ago. Don't be dumb. Don't try to arrest people, it is not real.

ACTION ASSASSINS PART 2 from Ethan H. Minsker on Vimeo.
Posted by The Antagonist Movement at 10:00 AM No comments:

Come take a stroll through the open studios of Bushwick. See the art and learn a thing or two. In this episode of Art Talk Ethan and his daughter fight crime and explore the unknown belly of Bushwick's art scene.

Bushwick Open Studios (BOS) is a three-day arts and culture festival, hosted annually by the volunteer organization Arts in Bushwick (AiB). Now in its ninth year, this celebration of our neighborhood's vibrant community and local art scene is free and open to the public.
You can find out more here: artsinbushwick.org/

ART TALK: Bushwick Open Studios from Ethan H. Minsker on Vimeo.
Posted by The Antagonist Movement at 10:00 AM No comments:

We are ready for the dangers of Australia!

We're getting closer to our art show in Sydney! Our zine is complete and ready to read/sell/be devoured. Check out the freaky good cover below. And then click on it so you can read the fabulous insides. Below that, check out another one of our trailers for this project. We've brought artists in from all of our previous projects, making it our most collaborative event yet! 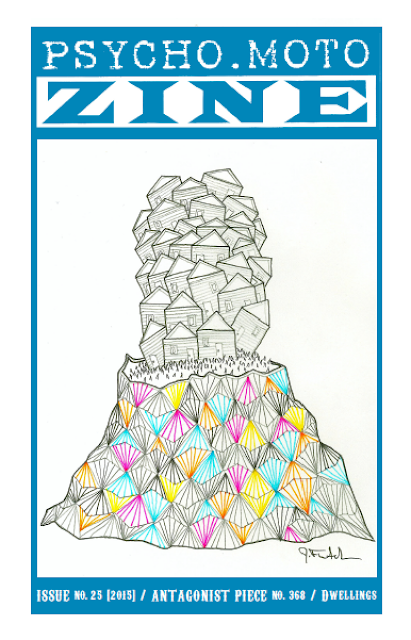 Dwelling @ 107 Projects trailer 2 from Ethan H. Minsker on Vimeo.
Posted by The Antagonist Movement at 8:00 AM No comments:

Come and join us at the next screening for Self Medicated: a film about art! Click the poster below for tickets! Check the bottom for a video on our first screening at Howl Happening (spoiler: it was awesome). 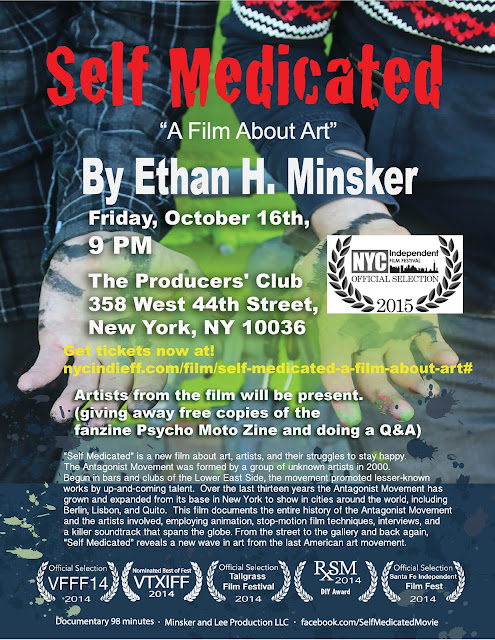 Self Medicated: a film about art..Screening at Howl Happening from Ethan H. Minsker on Vimeo.


Posted by The Antagonist Movement at 4:15 PM No comments: